Main Street UMC has a rich history. Here’s our story.

On May 22, 1780, Bishop Francis Asbury, the founder and leader of Methodism in America, held a service at a Mr. Pinner’s home in the Nansemond area, and about one hundred people discussed the formation of a Methodist Society. In 1801, a Methodist Society was formally organized in Suffolk under the guidance of John Fisher, a traveling preacher. This event established the Methodist Church here in Suffolk, just fifty-nine years after the original chartering of the town of Suffolk.

Following the formation in 1801 of a Methodist Society, the citizens of Suffolk felt a need for a meeting house where several different church denominations could hold services. A simple-frame building was constructed ‘on the hill’ (now Cedar hill Cemetary) and was called Union Chapel. In 1805, Suffolk was made a preaching appointment with William Atwood as pastor and D. Kelly as junior preacher. In 1822, the society decided to build its own meeting house on the east side of North Main Street at the foot of the hill just south of where a railroad, Seaboard Air Line, would eventually pass. The building was first used on October 18, 1823. 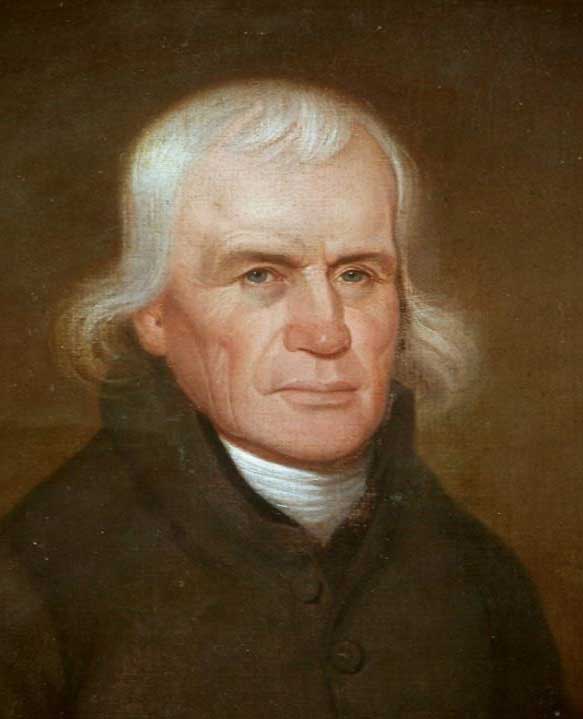 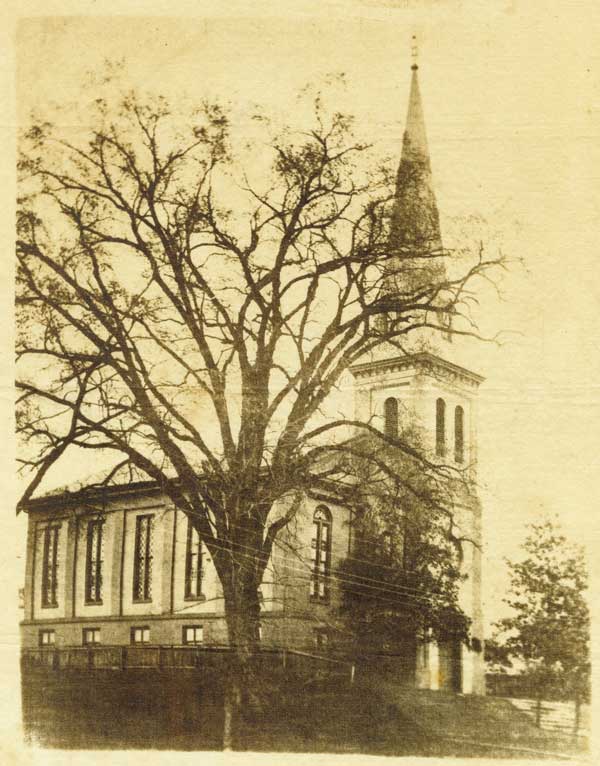 In 1861, the congregation of the Methodist Society had grown so large that the members completed a second brick church building on Main Street just south of the old building. The new building was dedicated on January 13, 1861, and the first pastor was the Rev. Thomas H. Hayes. During the Civil War, the town of Suffolk was occupied by federal troops, and the church building was used as a place of worship and later, as a hospital. The church was without a preacher from 1862 until November, 1865.

At the turn of the twentieth century, the town of Suffolk grew, and the congregation felt it should have a more modern facility. In the autumn of 1914, the cornerstone of Main Street Methodist Episcopal Church South was laid at its present location On that occasion, Bishop John M. Kilgo preached to a large open-air audience. The Rev. R. M. Maxey was the pastor of the church. 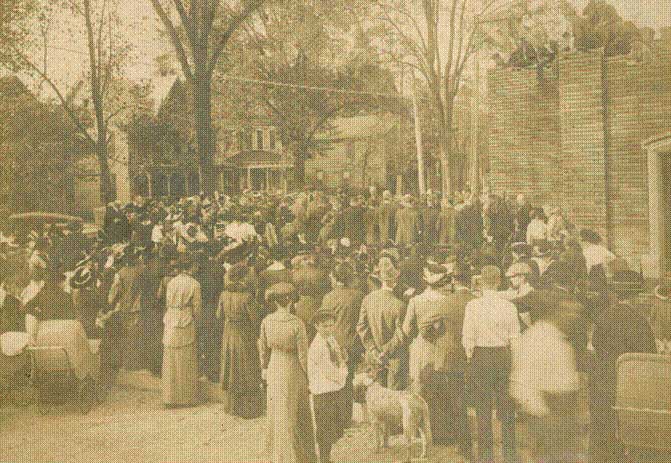 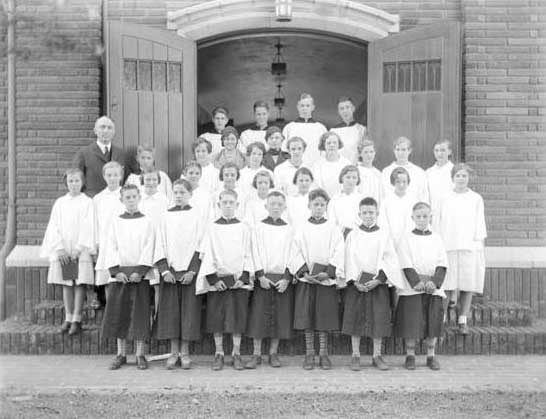 In 1916, the present church building was opened at a cost in excess of $70,000. Bishop Collins Denny preached the sermon of dedication on June 18. The need for a church school building became evident when, in December 1950, a fire destroyed the educational building. In 1953, a two-story building was erected as a replacement. The building is now used on Sundays for church school and, during the week, for the Main Street Church Day Care and Preschool.

In 1955, plans were made for a church library, which was later renovated in 1989 by the United Methodist Women. Additionally in 1955, a special Window Committee was formed. In January 1961, a two manual antiphonal pipe organ with nine ranks was installed in the balcony. In 1972, work was begun on the installation of a four manual chancel pipe organ of fifty ranks built by the Moller Company of Hagerstown, Maryland. The organ installation necessitated the complete renovation of the chancel area. On December 14, 1975, a service of dedication for the new organ and completion of the chancel area was held. An organ renovation and expansion project by Dan Angerstein and Lee Hendricks began in 1996 and was completed in 1998. The organ is as of 2014, valued in excess of $1.7 million. 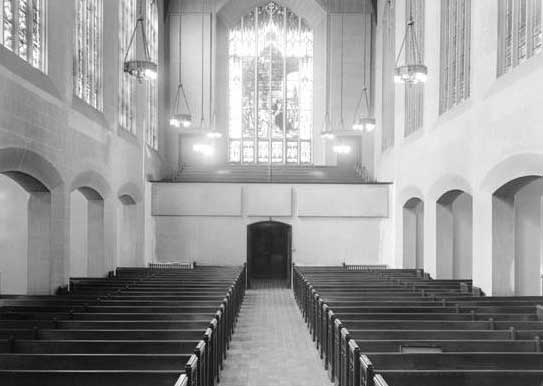 In 1974, the United Methodist Women took on the difficult task of providing needlepoint kneelers for the communion rail area. The six kneelers were dedicated on April 21, 1985. The Methodist women also completed additional needlepoint for the parson’s chairs, the clerical benches, the prayer desk, and a kneeler at the alter. The kneelers were restored in 2012 and were valued at $100,000.
The Commonwealth of Virginia, Department of Conservation and Historic Resources, Division of Landmarks, informed the church that the property had been entered in the National Register of Historic Places. The date of the designation was September 28, 1987. 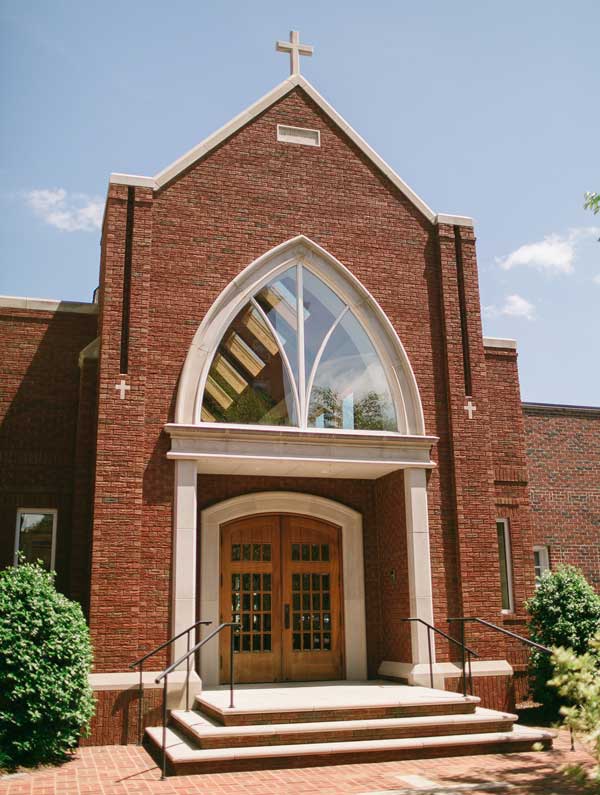 In 2005, the building located at 110 Bank Street was purchased and renovated as administrative offices, choir, and youth rooms. A financial campaign was begun to expand the kitchen in the Fellowship Hall, and to link the sanctuary and Fellowship Hall with the Bank Street building. The completed connecting space, designated as the Atrium, was dedicated on September 27, 2009.